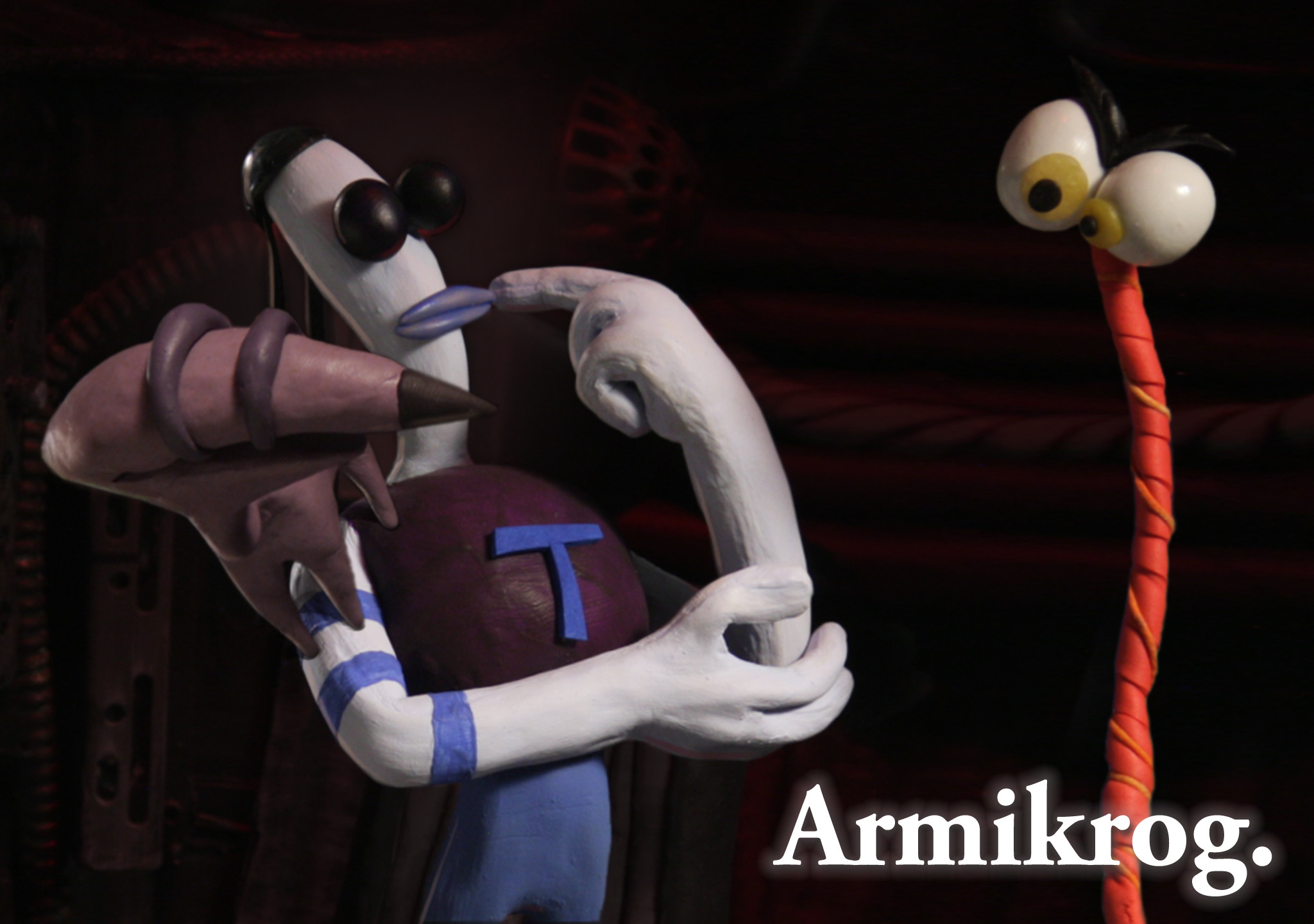 CitazioneArmikrog (stylized as "Armikrog.") is an upcoming point-and-click adventure game in development by Doug TenNapel in partnership with Pencil Test Studios for Microsoft Windows, OS X, Linux and Wii U. It is a spiritual successor to The Neverhood, and is developed by many members of the same team. Just like The Neverhood, Armikrog uses clay animation. The game will center around Tommynaut (Michael J. Nelson). He is a space explorer who crash lands on a weird planet and ends up locked up in a strange fortress called Armikrog, along with Beak-Beak (Rob Paulsen), his blind, talking dog.