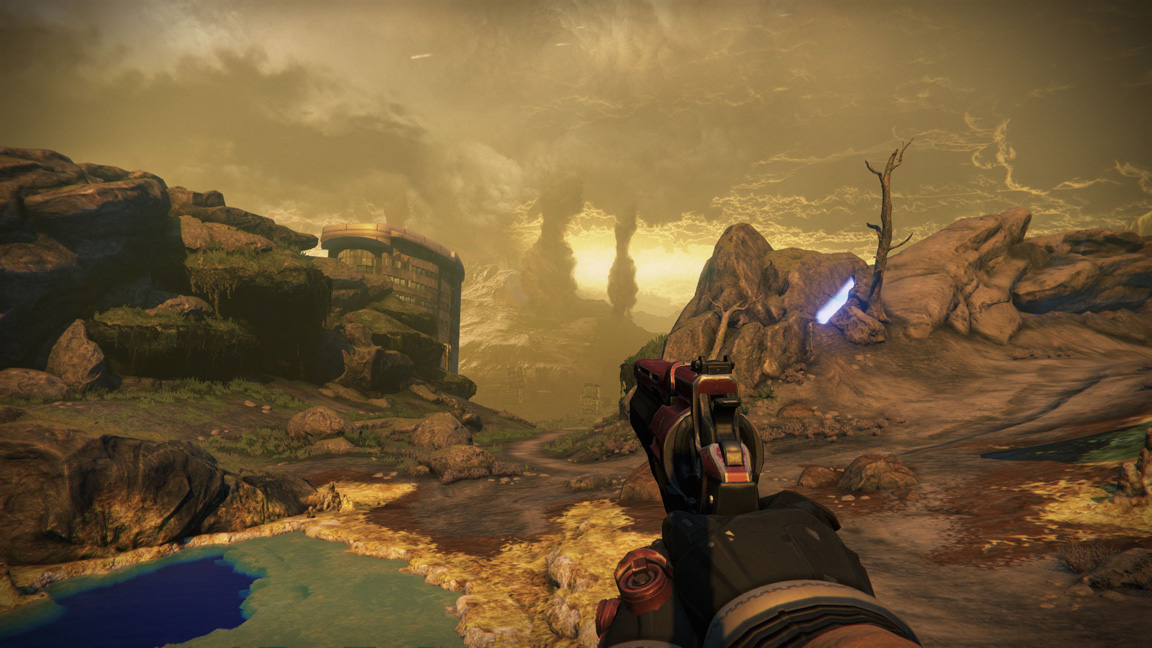 I've been playing a lot of Destiny lately, mainly because I don't have much else to play. What I'm noticing is a lot of 'nothing' to the game, and we've all been there and discussed this point to death since the game's release, but I want to discuss why we have games with all sorts of 'nothing' in them.

This interview last year with Jason Jones points to a massive misunderstanding on the Halo series that Bungie created and what skyrocketed them into fame.

“I think the great tragedy of Halo is that for years and years it provided wonderful single-player and co-op content, and we provided people with almost no fun incentives or excuses, almost no reason besides their own enjoyment, to go back and replay it. So Halo 1 built these 10 labor of love missions, and only if you decided to go back and replay them was there any incentive to do so.

“If I would have done anything to Halo 1, it would have been to do something to draw people back into those experiences that they enjoyed the first time. Even in the smallest ways, just to give them an excuse to get together and do it again.”
Halo had no rewards for playing the game. At least not until Halo 4, but that isn't made by Bungie. Halo's game entirely relied on whether or not the players wanted to continue playing it, with absolutely no barrier to whether or not you can play it. If you wanted to play multiplayer, you didn't have to level up to 5 to do it. You didn't have to wait until you earned an ability before you can do a certain mission.

You just played it because you wanted to, and Bungie's founder calls that the 'great tragedy' of Halo.

Player investment systems are built around scientifically proven methods of manipulating people's reward centers, which triggers them into wanting more and more of a certain thing. In the specific case of Destiny, the game is a lot of 'nothing' surrounded by a Random Number Generator. Everything you do provides a random reward, heavily weighted towards the lower quality. Everything is blocked off until you gain X of something or do a specific task.

Yet many people think this is 'fun'. Why is that? What makes it so hard to see that you're effectively being manipulated into playing more and more of a game, when in previous games you didn't need to?