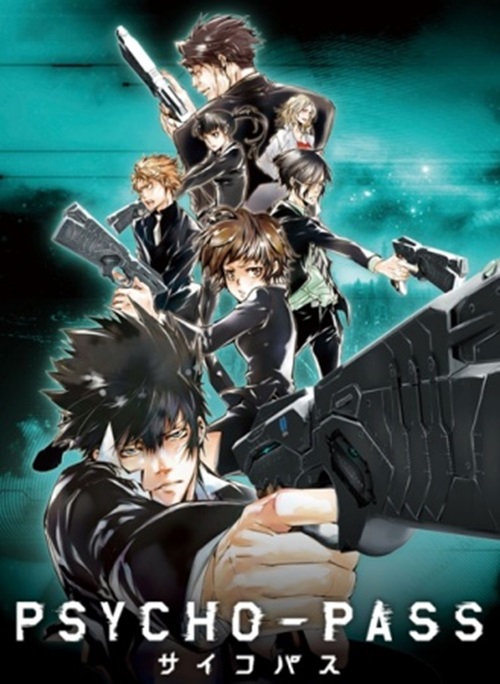 Psycho-Pass (サイコパス Saiko Pasu?) is a Japanese anime television series by Production I.G. It was directed by Naoyoshi Shiotani and written by Gen Urobuchi. The series aired on Fuji TV's Noitamina programming block between October 2012 and March 2013. The story takes place in a dystopia where it is possible to instantaneously measure a person's mental state, personality, and the probability that a person will commit crimes with a device installed on each citizen's body called the Psycho-Pass. It follows Akane Tsunemori and other members of Unit One of the Public Safety Bureau's Criminal Investigation Division and the crimes they investigate.

The series has been licensed by Funimation in North America. A second season will begin airing in October 2014, followed by an animated film in the first quarter 2015. A manga adaptation has been in serialization in Shueisha's Jump Square magazine while several novels have been written including an adaptation as well as prequels to the original story. An episodic video game adaptation called Chimi Chara Psycho-Pass was developed by Nitroplus Staffers in collaboration with Production I.G. New novels and another manga are set to star serialization in 2014.

The series was inspired by several live-actions with chief director Katsuyuki Motohiro aiming to explore psychological themes seen in society's youth throughout dark storylines. Critical reception to the series has been mostly positive with praise aimed to the setting and the series of the cases which develop the protagonists. However, the gruesome imagery and aspects of the setting have also been the subject of criticism.