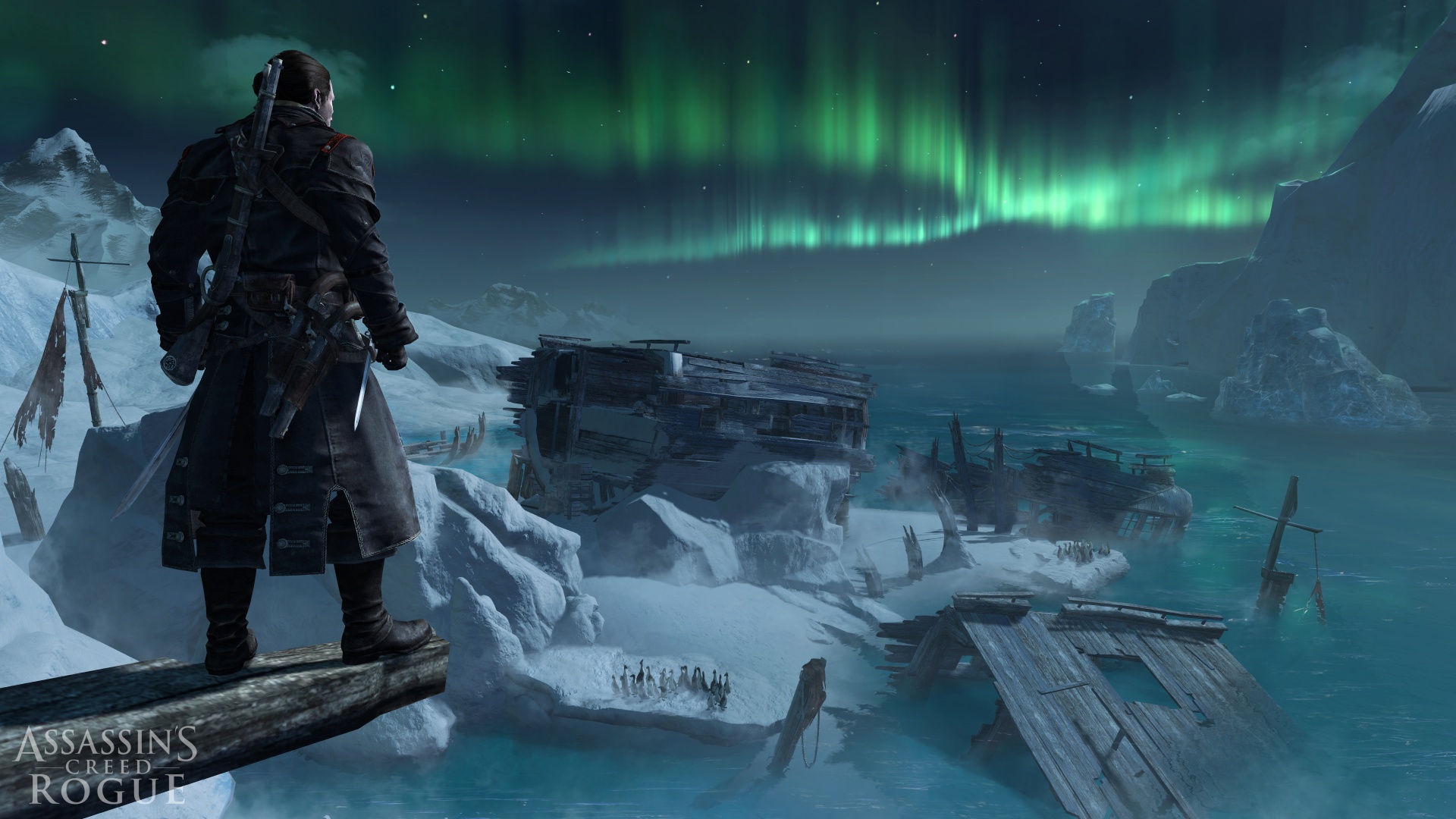 “Rogue has the most interesting story of any recent Assassin’s Creed game. It’s fascinated by its own history, and introduces a level of ambiguity which changes how we look at the formerly simple conflict between Assassins and Templars. So it’s all the more disappointing there’s so little to do while the story is being told; the upgrade economy’s pointless and most of the tasks are quite trivial. Story aside, so much of Rogue feels redundant, repetitive, and ultimately in need of reinvention.”

“Outside of a few additions like an air rifle and grenade launcher (which is used exactly one for mission), there’s next to nothing in Rogue that moves the franchise forward. And even if you simply wanted more of Black Flag, that the missions are so sparse makes it difficult to want to drag yourself across the vast expanse of Rogue’s oceans. Instead of a rich, fleshed-out game, Rogue is a short, mildly entertaining adventure that’s thin on core content, but thick with information. It’s intriguing information though, particularly if you’re a series fan, just don’t expect the best of adventures while you’re taking it all in.”

“For players trying to figure out which game to tackle first when two Assassin’s Creed games release on the same day this year, the answer is to start here. Shay’s story closes a number of story loops left behind on the American front of the Templar/Assassin conflict, and offers a crucial first step into the new European theater of war. Rogue proves why it’s time for the franchise to chart some new territory, but leaves no doubt about why we fell in love in the first place.”

“Combat and an expansive side-quest system repurposed from Black Flag have a strong showing in Rogue, and the way this installment channels the franchise’s intimidating lore will be helpful for fans trying to catch up. However, Rogue is ultimately hobbled by its lacklustre story, short length, and all-pervading sense of been-there-done-that. I’d take Edward over Shay any day. Now if you’ll excuse me, I’m going to go play Black Flag again. For real this time.”

“While Unity shot for the stars and missed a bit, Rogue is content with keeping its feet on the ground. It’s a game made from bits and pieces of Assassin’s Creed games you’ve played before and the only thing that elevates it beyond that is the unique story focus. Despite that, Rogue is solid entry in the franchise and a fitting capstone on the Kenway Trilogy of games.”

“Those who yearn for a return to Black Flag’s sandbox will take comfort knowing this is “more of the same,” as the clichéd review expression goes. But, Rogue’s systems do nothing to move Assassin’s Creed forward, leaving it fittingly stuck in the past like the last-generation consoles it graces. Anyone who expects more will be disappointed. Anyone who just wants another open-world adventure replete with sailing, exploration, and killing might find comfort in its familiar ways.”

“Assassin’s Creed Rogue is a fantastic victory lap for the seventh generation console era, with lots of juicy extra details about beloved characters. With a bit of YouTube watching to catch the main story points of AC III and IV, Rogue is a thoroughly accessible complete experience for new players as well. It offers a wealth of challenge on numerous fronts, and in a time of divided government, various forms of global zealotry, raging twitter fights and first-world online harassment of pretty much everyone, it reminds us that the people we think are monsters are usually just people with a different point of view.”