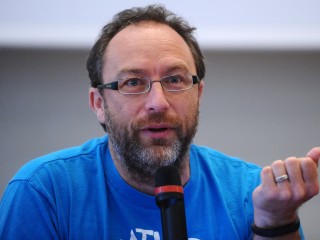 I emailed as well.
Hello Jimmy,
I’ll keep this concise. I’m a computer science student, and Wikipedia has gotten me through just about all of my undergrad schooling. I am immensely grateful for it, and as such I donate a meager amount of money at every donation drive. It’s the least I can do. I’m very near graduation, and will soon be living off of a software engineer’s salary, not student loans. I’d like to start giving substantially to Wikipedia in order to pay that knowledge forward.
Here’s the problem: Wikipedia’s complete lack of any sort of attempt at neutrality regarding Gamergate is giving me serious ethical qualms about doing so. I don’t want to financially support an organization that claims to be a neutral, impartial source of information on all things that then goes on to try to push an agenda and spin a narrative of an author’s choosing. And then after the deletion of the Wikia page documenting editor abuse and corruption, I CERTAINLY don’t feel comfortable giving money when the founder of the site publicly condones such actions.
I’ll still use your site to look up mathematical formulas and listings of TV episodes, but you’ve lost respect and credibility with me. I won’t be donating again until/unless Wikipedia starts to address glaring issues.
Sincerely, [name]

Hi [name],
I’m happy to inform you that our current fundraiser is the most successful in our entire history.
But there’s something deeper that is wrong with your argument – Wikipedia is not for sale, not to any donors, so even if donations were dropping, that would not mean to me that we should compromise on our principles of quality and neutrality in response to a pressure group.
My point here is not to say that there is nothing wrong with the article – I actually think it needs a fair amount of work. But I want you and others to understand that threatening people is not helpful.
I’ve recently seen web pages in which people who are – and I don’t know how else to put it – vicious assholes – are gathering data to attack the personal lives of volunteers. It is very difficult for me to buy into the notion that gamergate is “really about ethics in journalism” when every single experience I have personally had with it involved pro-gg people insulting, threatening, doxxing, etc.
No, not all pro-gg people. But there’s a huge contingent to the extent that for good people – and I respect your letter and assume good faith that you are a good person – the name “gamer gate” is toxic.
Even if 90% of the supporters are good and 10% are bad, the bad are poisoning the message for everyone. That’s not an evaluation of right and wrong, just an observation of a clear fact.
You see, a big part of the problem is that #gamergate is not a movement, but a hashtag. And so there is literally no way to have any quality control of any kind. There is no way to see what is or is not a position of gamergate.
I have had several people over the past weeks say to me “It is not about mysogyny.” I was prepared to believe that. But discussions usually very quickly move to attacking a female game developer for events surrounding her personal life. That’s sick.
The contingent of people who are interested in putting pressure on institutions within game journalism to expose corruption need an actual organization – with a mission statement, with a board of directors, with elected people who represent the movement. Barring that, you should very much expect the media to continue to accurately report that the Gamergate community is associated with online harassment and misogyny. But actually, in fact, it is.
I know that may pain you to hear. You thought you were taking part in a movement that would be about ethics in journalism. A movement that would stand for the rights of all gamers. That would welcome women into the world of gaming and would shame those who would engage in personal attacks on the basis of gender. I admire all of those things.
But #gamergate has been permanently tarnished and highjacked by a handful of people who are not what you would hope.
You might not be the person to lead it. I don’t know who is. But I strongly recommend that someone organize a “gamer’s union” of sorts, with a real mission statement, with real rules, with real organization and leadership.
Bitching and moaning on a twitter hashtag is getting you nowhere, particularly for the reasons I have outlined in this note.
–Jimmy Wales