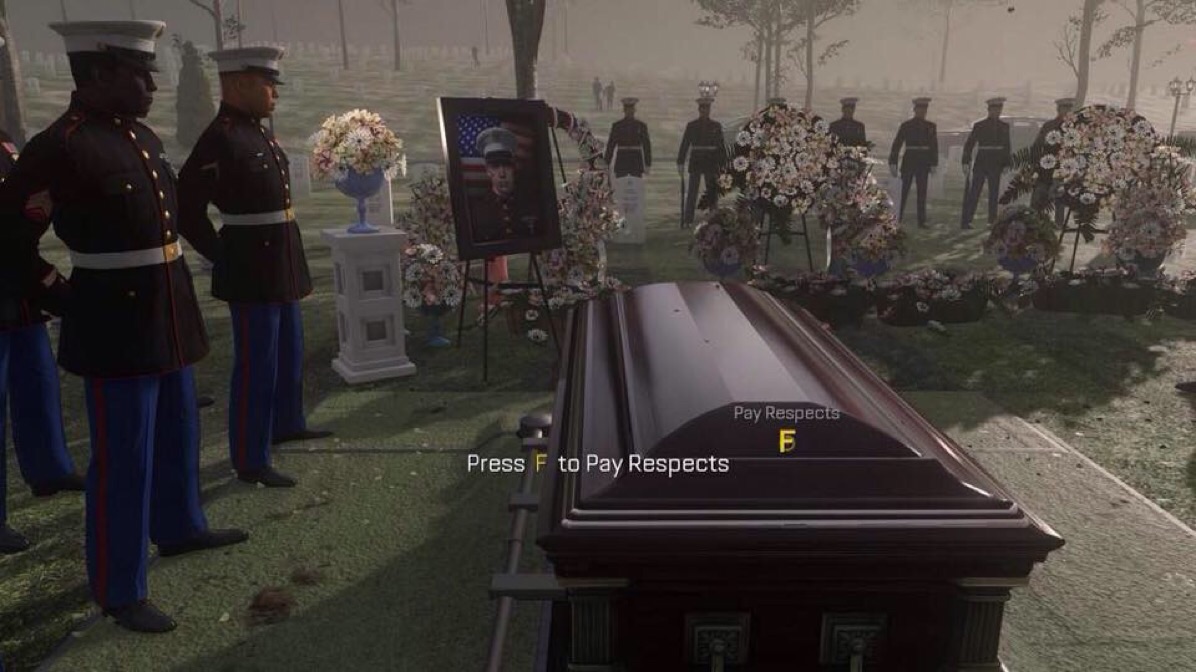 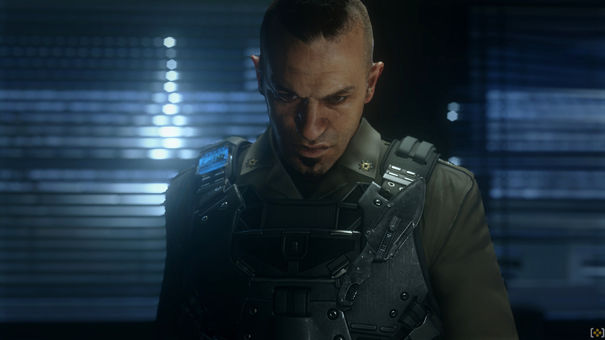 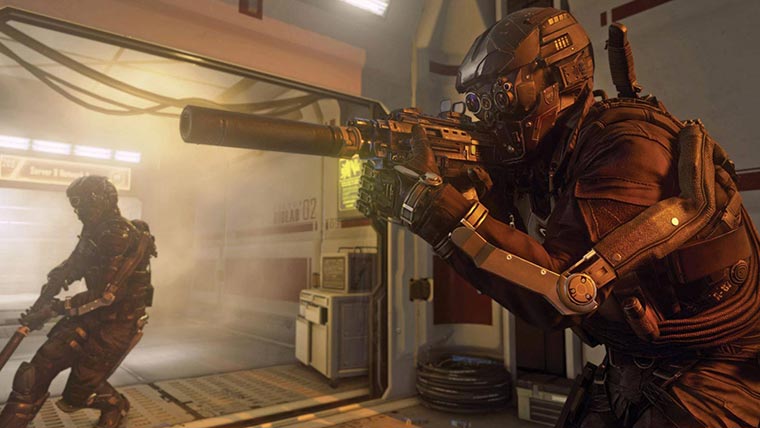 "Still, these are small problems in a superb overall package, one that has me interested in Call of Duty again. For a future warfare title with drones and jetpacks, Sledgehammer’s success is partly to be found by looking to the series’ past, and by combining its own ideas with COD’s natural appeal it has reinvigorated the franchise."

"The last time Call of Duty had “Warfare” in its subtitle, it led to a well-received trilogy that deftly transitioned the series away from a well-trodden global conflict to modern-day combat. If the settings of today have run their course just as World War II did years ago, Advanced Warfare makes for a convincing foundation of futuristic yet relatable combat that is worth exploring and expanding further. The huge change in player mobility is less of a paradigm shift and more of an overdue retooling for an 11-year-old FPS franchise, especially in a year of mobility-focused shooters. Yet for all its predictability, Advanced Warfare is a deluge of action-film bravado, and it’s difficult to not be carried away by its tidal forces."

"But it might be too much to ask for that to change too. For whatever minor missteps Advanced Warfare makes with its story, it more than compensates with vision and remarkable execution. The latter has never really been Call of Duty’s problem — Ghosts notwithstanding — but Advanced Warfare adds enough and moves far enough forward with its new abilities to feel like a risk. Turns out, that’s just what the series needed."

"Advanced Warfare doesn’t reinvent Call of Duty. It’s not the same dramatic shift that we saw when the series went from World War II to the modern era. Perhaps holding out hope for something as revolutionary as Modern Warfare was when it hit back in 2007 is foolish. Be that as it may, as someone who has been drifting further and further away from Call of Duty for the past few years, I can certainly say that Advanced Warfare’s mobility kept me interested much longer than Ghosts or Black Ops II has. It’s the best multiplayer the game has seen in some time and the whole thing totals up to a satisfying, if familiar experience."

"Call of Duty: Advanced Warfare’s single-player campaign is a ridiculous summer movie romp with sobering visions of the future of weaponry. Bring popcorn, because the real fun begins with the multiplayer, where the wealth of customization options should have players coming back for game after game."

"Call of Duty: Advanced Warfare excels in online multiplayer, with brand new mechanics and a complex, loot-filled progression system that hooks you in. But the surprises stop there. With a by-the-numbers campaign structure and unimaginative co-op mode, the competitive multiplayer mode stands as Advanced Warfare’s strongest asset."

"Advanced Warfare creates the multiplayer shooter players have been craving for years. Inspired by the old guard and incorporating a host of new features, this is the new face and bright future of Call of Duty."

"Sledgehammer Games does a great job with their first full go around of Call of Duty. Advanced Warfare features a campaign with an entertaining story, a deep multiplayer experience that is fast and on target, and a co-op experience that has small twists to keep it unique. They didn’t reinvent the franchise with their first Call of Duty release, but they did produce something enjoyable."

"Sledgehammer Games have taken a huge risk by sending the series so far into the future. Some fans may feel left behind, but the simple truth is should they choose to ignore the title, they will be missing out. This is one of the better Call of Duties in recent years. It’s fresh enough to the point that it’s alien, yet it’s still Call of Duty underneath that futuristic surface."

"Despite the familiarity, it’s been years since a Call of Duty campaign was as coherent and fast-paced as this one. Within the confines of its franchise, which has yet to make much room for a mature look at the subject matter, Advanced Warfare works with aplomb and, at the very least, plays its Big Dumb Movie card wisely. If you’re running out of bad guys, borrow some from Hollywood."

"By bringing in a new developer with its own talent and fresh ideas, Activision has succeeded in shaking up its biggest franchise. Call of Duty: Advanced Warfare is undeniably distinctive within the Call of Duty family. But it might take a game or two for Sledgehammer to start delivering on the same scale as its sibling studios."

"Call of Duty: Advanced Warfare is worth your time. It delivers with its story, great acting, dialogue, the realistic facial animations, cool weapons of the future, and the welcome change in pacing from combat missions to stealth missions. I welcome the idea of using great actors like Spacey in a big-budget game, and I look forward to future versions of the game that marry Hollywood blockbuster actors with the blockbuster-style game play." 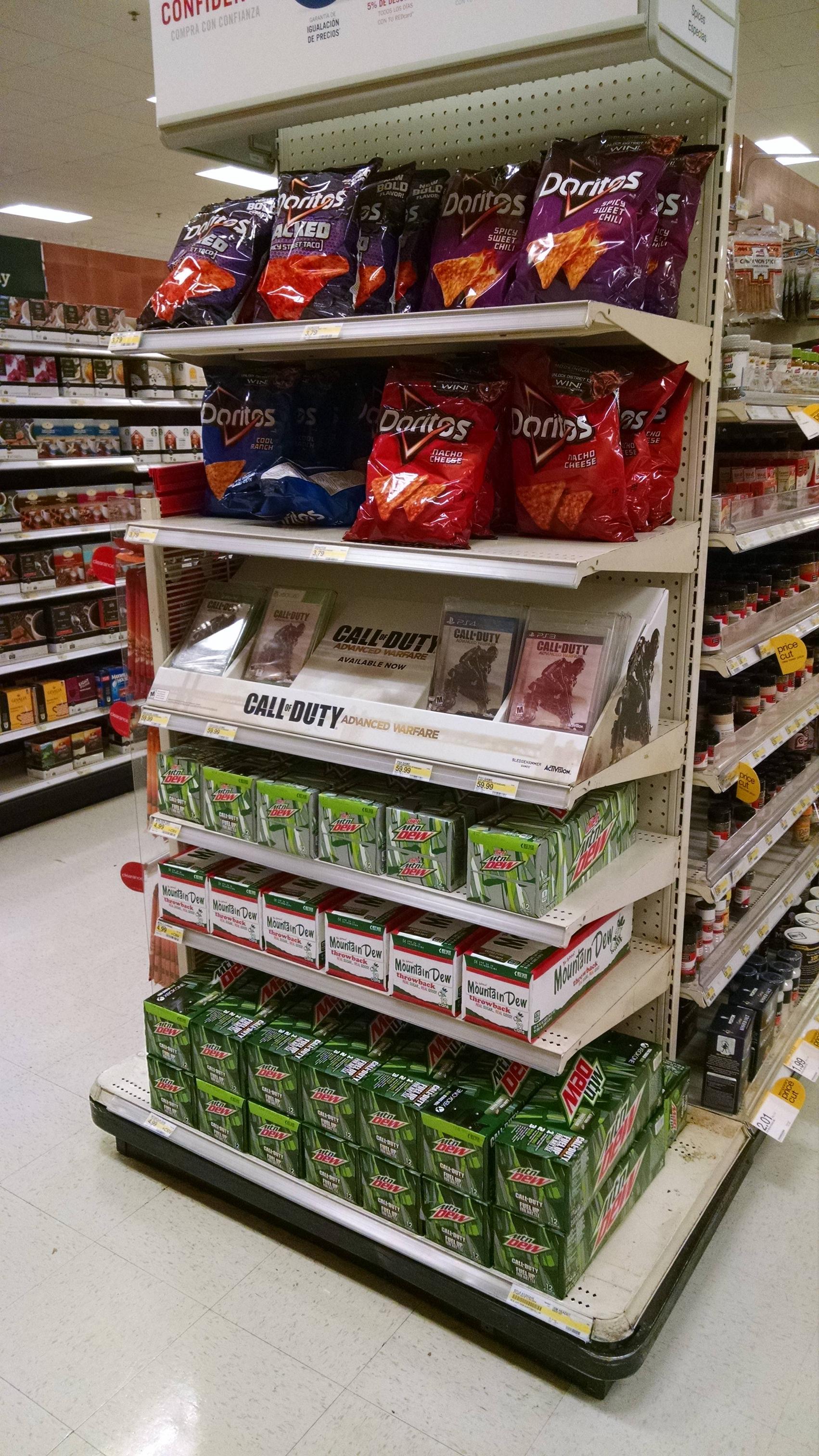 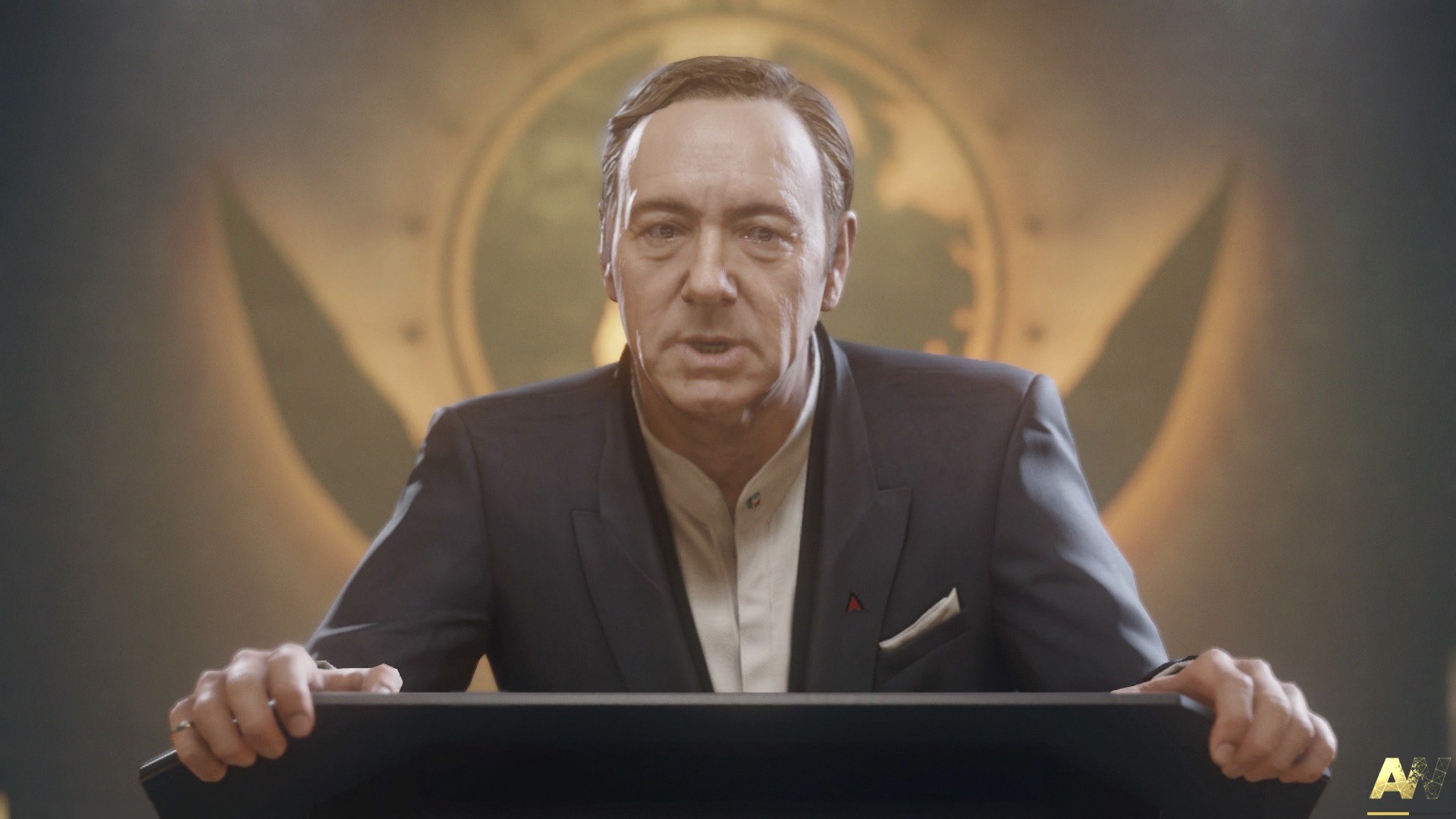